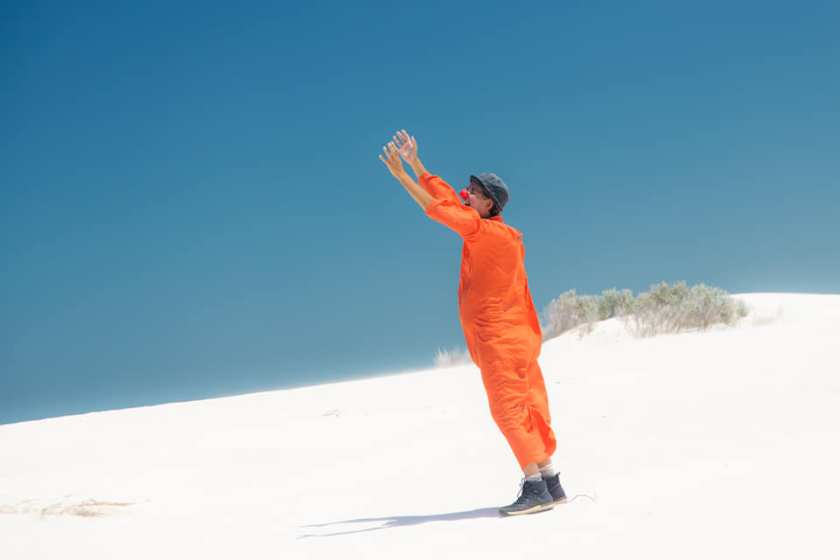 Now there is a hole in the world where Tim used to be.

Or is it a Tim shaped hole in the sky as he made his exit?

So many things come to mind when thinking of Tim. Which is enlivening. So here is a Tim-association game slash brainstorm slash free writing.

One of his innovations was to make finger puppets of voices he heard and sensed and then get the different voices to have a dialogue – or act it out so to speak. His finger puppets were featured in a Hearing the Voice exhibition in Durham.

Tim was a founder member of Evolving Minds and erstwhile contributer. The guy was a bit of a legend. Poet, Impromptu Clown, crane walker, theatre of the oppressed proponent, laughter yoga teacher, mathematician, artist, gentle soul, friend, innovator amongst other things. 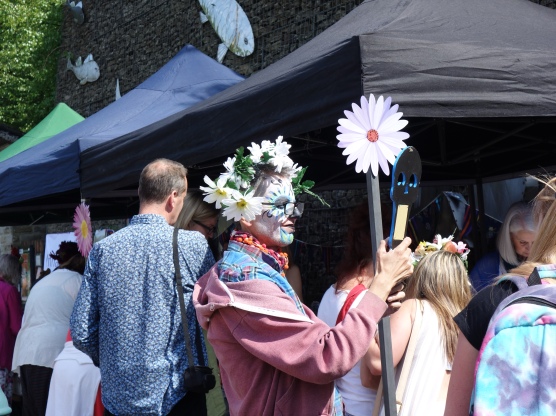 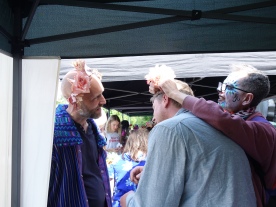 Tim read this out at Evolving Minds meeting 2012, thanks Tim!

40 ways to get sectioned

Dancing in the malls to the aisle musak
playing with kids toys when awaiting Doctor Klune
singing ditties in a post office queue on prozac
masturbating in graveyards whilst chanting mantras at the moon.
Turning up at the Reichstag dressed as Herr Chancellor Merckel
arguing with a vicar over proof for God by Leibniz
proposing a suicide club for the Ladies Charity Circle
declaring yourself a citizen of the World at a passport checkout in Biarritz.
Asking the way in gibberish German to the local cine-club
taking all your medication at once or off completely coming
speaking to the psychiatrist in West Indian patois dub
a hair salon in an abattoir running.
Going on holiday to Scarborough with an invisible friend
being a closed ward doctor and releasing the patients en-masse
hearing the voices of the dead saying it’s a proper job you need
memorising the ingredients of frozen lasagne to recite at evening mass.
Having 3 months serious depression, now a criminal offence
without money paying all your bills with ear wax instead
declaring yourself your own mother at the local benefits office
telling your neighbour you`ve raised your pet goldfish from the dead.
Trying to complete with the Halle orchestra with a rendition of the Karma Sutra
announcing your unio mystica at the annual workers do
plastering your bedroom with mathematical symbols predicting an uncertain future
conducting a pistol duel to the death in the local zoo.
Falling in love with a door knob in a town called Kimsky-konnorad
awakening your Kundalini at a pensioner’s bingo night
visiting a secure unit and being mistaken for the mad
going to a posh restaurant and ordering sugar and shite.
Going incognito to your own funeral after faking Hari-Kari
overdosing on Bach flower remedies having visions of Douglas Hurd
declaring to your GP a mission for one-world Macrame
being completely and utterly lost in a sub-space of Microsoft Word.
Bringing a stuffed bear to therapy as your alter ego, Peter the Cruel
putting on your job questionnaire Shaman and plasterer
teaching physics to street rappers in an inner city school
not sleeping for 6 weeks after inhaling a camping gas canister.
Singing the national anthem at the ending of a movie
starting a cult based on a face you saw in a fish finger
creating a space/time geometry from the sculptures of Brancusi
dysfunctioning on O.U. maths and letting your mind malinger.
Any combination or variation of these things will do
to have you repeatedly locked up in the human version of a zoo. 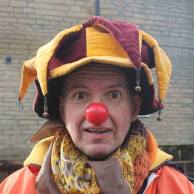